In its search for a smart logistics system that could efficiently transport large amounts of bell peppers from a greenhouse to the central packing hall, Windset Farms (location Santa Maria, United States) called upon TAKS Handling Systems for help.

With locations in both Canada and the United States, Windset Farms is a major supplier of various types of fresh produce for the North American market. To realise a fast and smart processing system for the bell pepper harvest, the grower contacted TAKS Handling Systems. Windset Farms’ wish was twofold: a system that could transport the peppers from the greenhouse to the packing hall, and an efficient unloading system for that hall. Another important aspect was the possibility to weigh and trace the bell peppers at every given moment.

TAKS Handling Systems put together an innovative modular system that uses traceable duo-boxes. It consists of filling system that can unload the harvest carts with peppers gently and fully automatically into duo-boxes. We then installed a buffer system and an unloading system, and connected it to an already existing packing line for further processing in the central packing hall. With this new system, the filling capacity increased to 20 duo-boxes an hour and the discharge capacity to 30 duo-boxes an hour.

Windset Farms chose TAKS Handling Systems because of the smart solution that seamlessly connects the new system to the existing packing line. In addition, the system allows the bell peppers to be transported from various locations to the central hall, at lower labour costs. In combination with intelligent software and high-quality machines, Windset Farms is now equipped with a futureproof system for pepper processing.

Schenkeveld in the Netherlands has specialised in growing tomatoes on the vine. For their new location, TAKS Handling Systems has set up a comprehensive and futureproof logistics system that can easily be expanded. 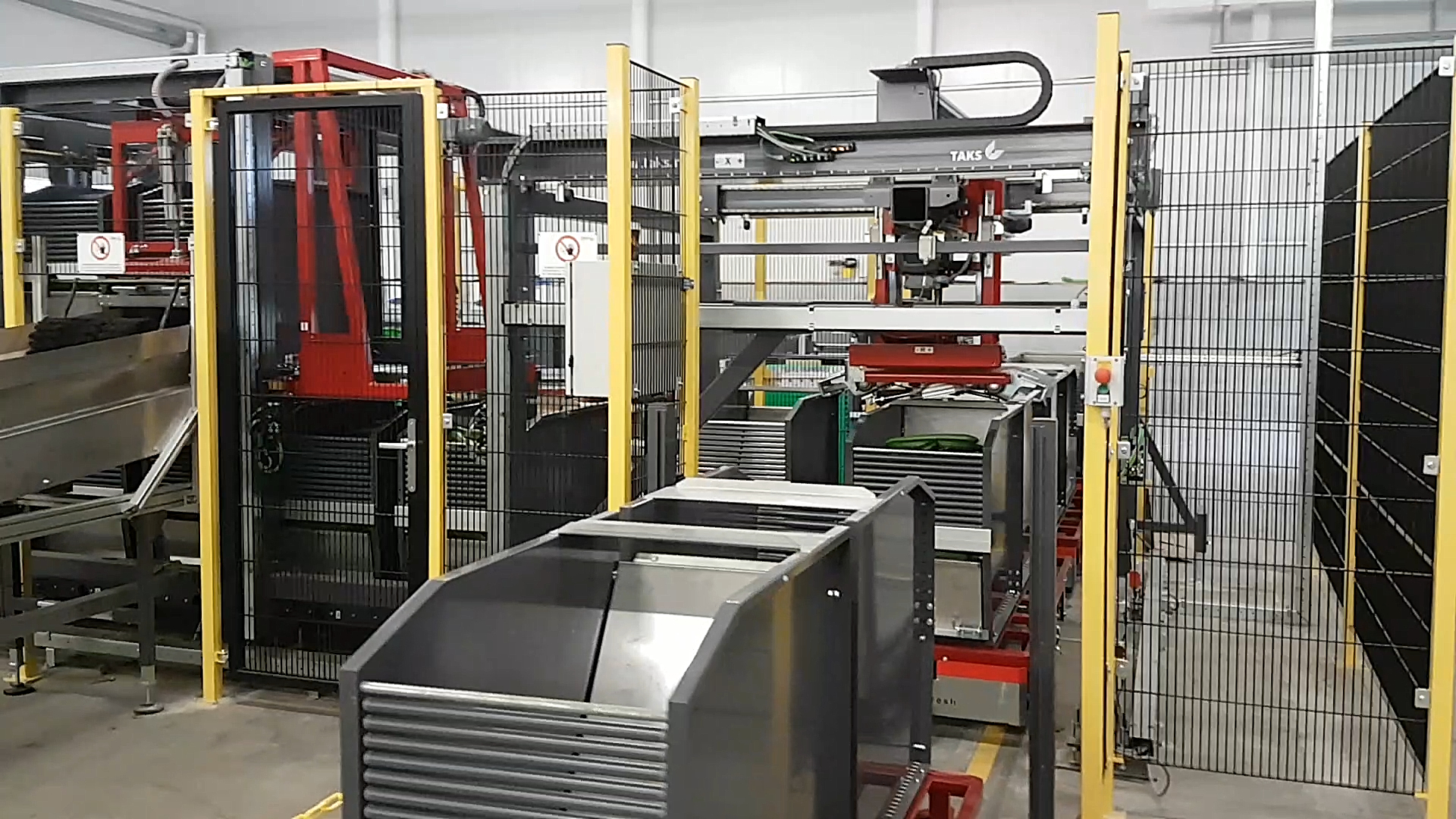 Exception Limited is one of the largest cucumber growers in New Zealand. The company opted for a unique container harvesting system by TAKS Handling Systems, resulting in a substantial reduction of labour time and costs of the harvesting process and a considerable increase in capacity.