In the summer of 2016 the modern greenhouses at Noordlierweg in De Lier have been expanded to a total area of more than 10 hectares. 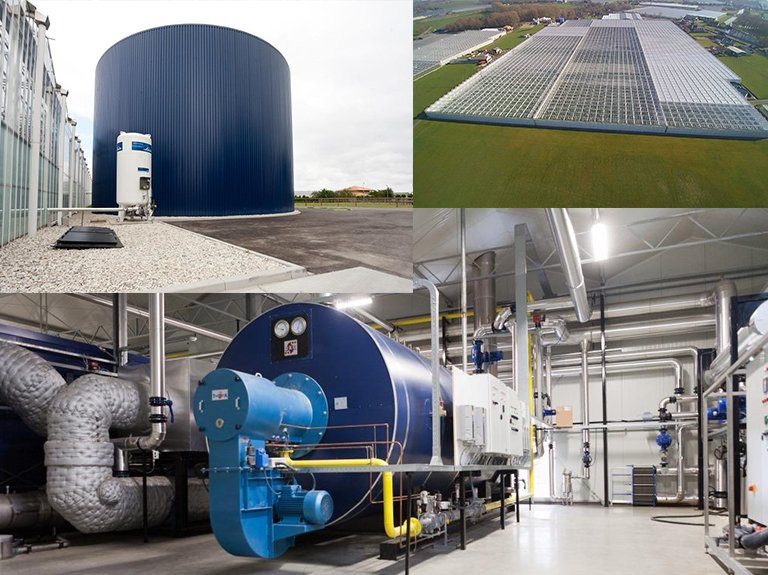 For the most recent expansion of almost 2.5 hectares of greenhouse and climate systems, the two companies came to an agreement in February 2016. The new project is a sequel to the projects which have been completed in 2012 and 2014 and which also have been carried out by VB Group.

With this new expansion Plantenkwekerij Vreugdenhil can meet the increasing demand for vegetable plants and flowering pot plants. The pleasant cooperation with previous projects is the basis to work with each other again for the new project.

'The combination “Vreugdenhil and Klugt” has, based on good experience, a strong preference for working for their project with Westland suppliers. Just like the previous times!’ according to Michel Winkel, Manager of VB Group. His division is once again responsible for the construction of the entire greenhouse complex.

"We believe it is important to stay active in Netherlands as greenhouse builder. Not only for the Dutch market, but also for foreign clients who regularly visit us." says Winkel.

Not only the greenhouse but also the climate installation will be executed by VB. The preparations for this expansion have been made already in the previous stages, so a quick and effective connection to the existing climate installations can be made.

The expansion of nursery Vreugdenhil is intended to further increase the quality of the plants, in order to optimize the efficiency and further centralize the cultivation. The existing hygiene protocol will be further professionalized by strictly separate production flows, routing and water systems.

John Vreugdenhil: "The implementation of the previous greenhouse and heating projects has been executed just fine according to agreement and planning. We as Plantenkwekerij Vreugdenhil-Klugt value to maintaining the relationship with existing suppliers. Of course we negotiate on a business way, but we strive to come to an agreement with each other. In case this is both parties’ intention, we come very far."

The expansion of the nursery will be put in to service at the end of 2016.

Company name: VB Group
Type of crop: Vegetable plants and flowering pot plants
Glass house size: 10 ha.
City: De Lier
Solution: Expansion of the nursery with the intention to further increase the quality of the plants, in order to optimize the efficiency and further centralize the cultivation